Laws of Singularity is a philosophical treatise on artificial intelligence that I have published in October 2017 on academia.edu.

The creation, or emergence, of a technological singularity is the subject of a wide array of speculations. Due to their lack of tangible criteria, the prospect of an upcoming singularity is still unclear, if not completely mysterious. This paper proposes to unfold a precise and exhaustive profile that may be applicable to any class of emergent singularity. The guideline for this endeavor is Immanuel Kant’s critical philosophy, as expressed in his tripartite epistemological groundwork, The Three Critiques. As Kant never intended the first two of them (Critique of Pure Reason and Critique of Practical Reason) to be merely descriptions of ‘human’ or ‘psychic’ cognition, they have always been an invitation to ponder non-human forms of scientific world-exploration, technical world-building, and moral behavior.

Even the Critique of Judgement, which is more focused on the evolution and culture of actual human beings, can teach us a great deal about a singularity to come. The working hypothesis is that Kant’s Three Critiques are a complete set of universal concepts and principles, involving scientific, technical, and moral reason, and that they must, as such, contain a blueprint for technological singularities. Hence, this paper deduces a set of ten laws that will govern any future singularity. By the force of these laws, the singularity must be a polycentric subject – just as we humans are. In the process, we will confirm Nick Bostrom’s orthogonality thesis, solve David Chalmers’ “hard problem” of consciousness, and confirm the unwavering validity of Kant’s critical philosophy for science and technology in the 21st century, and beyond.

The Edifices of Reason

Part of the task was to offer, especially to non-philosophers, a fresh, new and easy access to Kant's philosophy. It needed to be free from two-hundred years of incompetent and/or abusive interpretations. So, I came up with some pictures of the Cathedrals of Reason and the School of Aesthetics and Teleology. For the explanations, please go to the site where the paper is published. 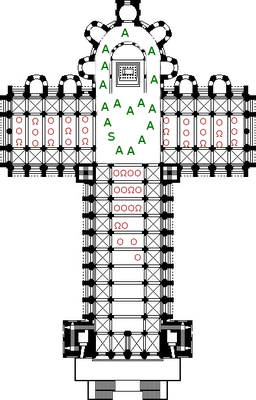 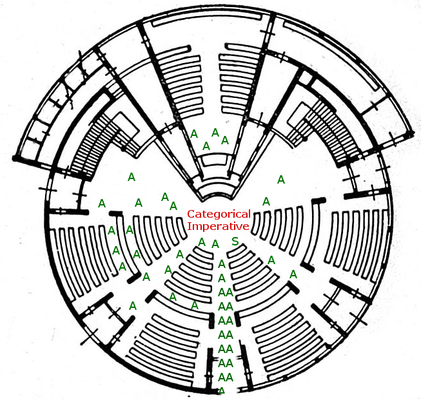 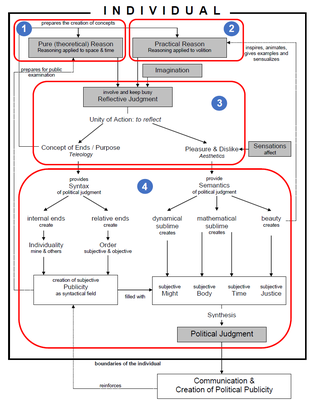